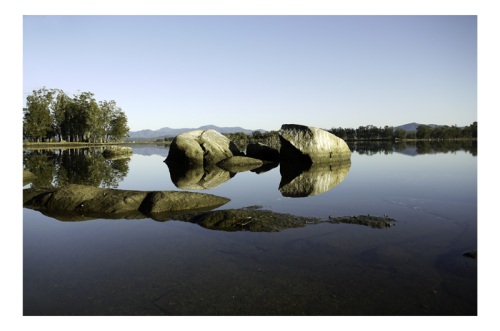 I think that ultimately all art is about the self. As I am working through my backlog of photographs, I realise that all images are about me.  Exploring my archive of photos allows me to find different aspects of myself.  The photo of that old man is me, the image of that landscape is me, the framing of this shot is me …..
I am currently also reading ‘Soul Mountain’ by Gao Xingjian and have found my thoughts on the self reflected in his writing:
‘ I don’t know if you have ever observed this strange thing, the self.  Often the more you look the more it isn’t it.  It’s just like when one is lying on the grass and staring at a cloud – at first it’s just like a camel, then like a women, and when you look again it becomes an old man with a long beard, but this doesn’t last because clouds are transformed every instant. Gao p.150
Looking at my images, as a reflection of my self,  they are clouds which are ever changing and it seems pointless trying to grasp them.
Gao Xingjian, 2000, Soul Mountain, Harper Collins, Sydney, Australia

This project explores the changing space of the urban environment in Chinese cities. The photographs investigate the role of memory, culture and personal space as part of a person’s identity.  China’s current urban expansion offers an ideal opportunity to document the destruction and rebuilding of old and new memories.   I started this series of images in Beijing prior to the 2008 Olympics and continued in Shanghai, preceding the World Expo.
In both cities large urban living spaces were eradicated and replaced by modern housing blocks, roads or commercial spaces.  In the process, thousands of people were relocated from their traditional dwellings into mostly high-rise buildings.  This action not only changes the living space for the mostly poor inhabitants, but it also irreversibly changes the culture of this urban landscape.  In the build-up to the Shanghai World Expo it is estimated that 20,000 people have been relocated to make room for new development.
In other parts of China the situation is no different, where redevelopment plans run into billions of dollars.  According to the International Herald Tribune (29 April 2010)  A single city, Chongquin, plans to invest 1 trillion renminbi or 146.4 billion USD in 323 redevelopment projects in the next few years.
My photos explore what has been left behind. This includes images of old buildings that still bear witness to their former life, people living in a state of flux and objects that contain cultural and personal memories.
‘All things change, and we change with them.’ Chinese proverb 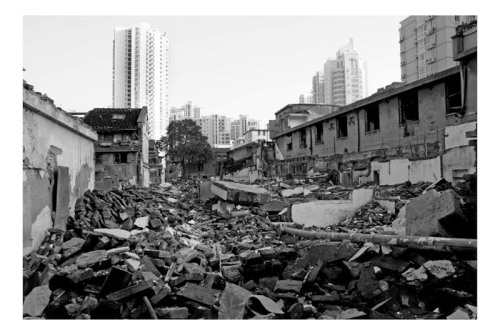 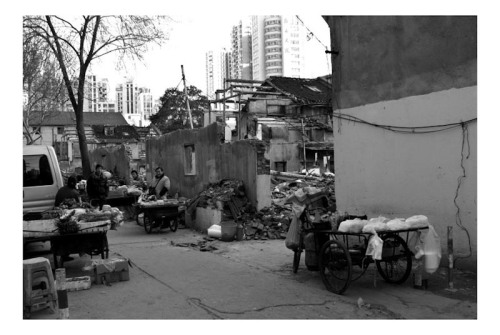 Yesterday was a wonderful clear, but cold spring day in Switzerland.  I took the opportunity and went on a five hour hike.  Armed with my new camera, I  sought to capture the emotion of the day.
You ask me why I dwell in the green mountain;
I smile and make no reply for my heart is free of care.
As the peach-blossom flows down stream and is gone into the unknown,
I have a world apart that is not among men.
Li Bai (701 – 762) 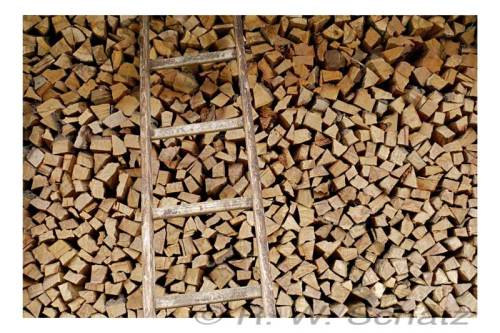 In 2006 we went to Lyon, the second-largest city in France, to visit the International School of Lyon. I fell in love with the city instantly; the rivers, the architecture and of course the food and wine. Thanks to our wonderful host Mandy, who showed us the sites, we gained a unique local insight into the city. One of my favourite features of the old town was the door knockers. They continued to fulfil their day to day function and yet embodied the passing of time. I found beauty in the peeling paint, the worn wood and repeated restorations of these witnesses to the city’s life. 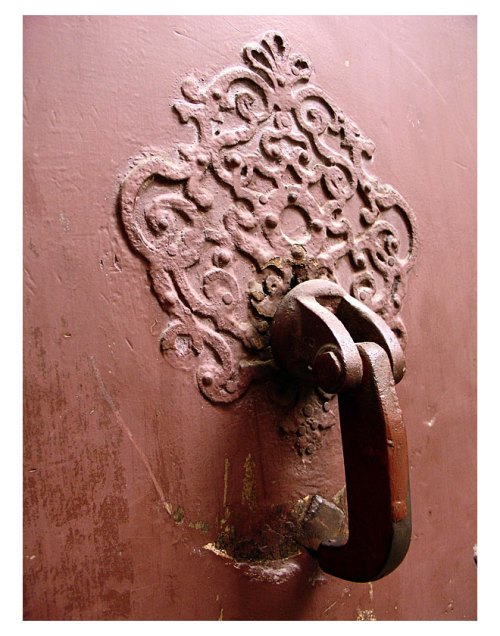 According to Duchamp the artist  … “does not really know what he is doing or why he is doing it. It is the spectator who, through a kind of “inner osmosis,” deciphers and interprets the work’s inner qualifications, relates them to the external world, and thus completes the creative cycle.” 1
The final work is thus created by the viewer who uses his/her analysis, perception and visual memory to creates the final narrative and meaning of the work. In this way the viewer becomes a witness to his/her own perceived reality.
1 NY Arts Magazine, Vol.6, No.12, December 2001 <http://www.nyartsmagazine.com/60/ethics.htm> 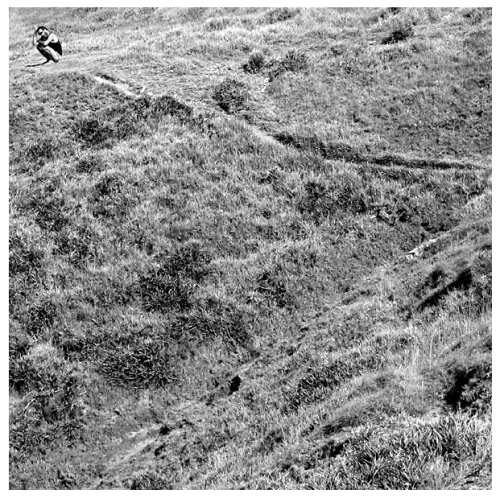